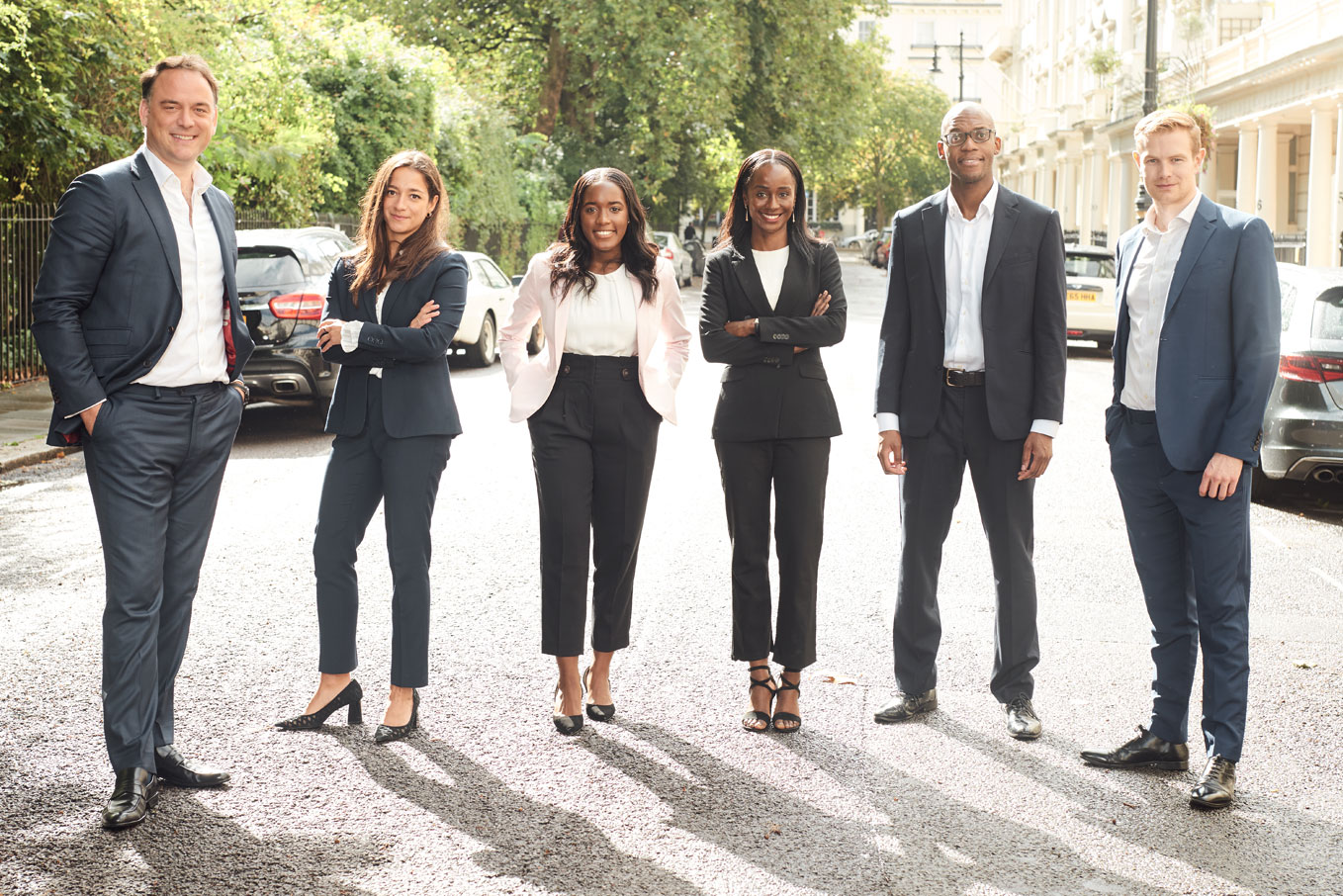 We combine some of Africa’s most respected business leaders with passionate and dynamic consultants, committed to providing clients with exceptional service.

We draw on 24 years of institutional experience to guide our thinking while utilising innovative and flexible approaches to deploy value-adding solutions for clients. 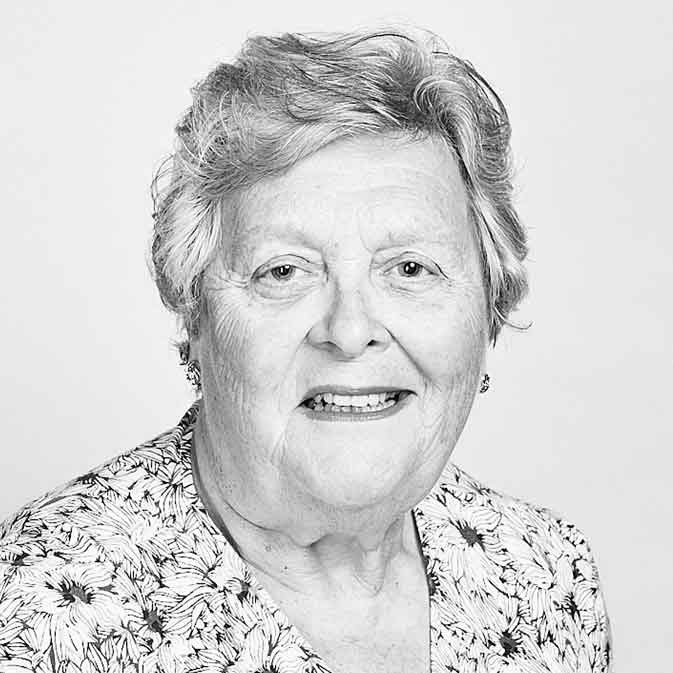 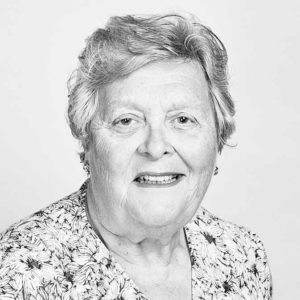 Lynda founded AML in 1997, utilising her considerable experience of business and development in Africa, and vast networks of senior decision-makers across the continent.

Between 1989 and 1997, Lynda was the UK Minister of State for Overseas Development and Africa, making her the longest-serving British politician in this role. Lynda continues to support AML’s team and clients by providing insights and advice on Africa’s political, commercial, and development dynamics, while also engaging with African heads of state and ministers on behalf of the company.

Before becoming overseas development and Africa minister, Lynda held various roles in government, including Minister of State for Europe (1986-1989) and Minister of State for Transport (1983-1986). Lynda first entered parliament in 1974, elected as an MP for Wallasey, a position she held until 1992. In 1987, Lynda was made a Privy Counsellor and in 1992 a member of the House of Lords. Lynda jointly holds the 20th century record for UK government service, and has been a member of the lower and upper houses of the UK parliament for over forty years.

Lynda is a founding member of the Global Leadership Foundation, an organisation that promotes democracy and good governance by providing advice to global leaders. Between 2018 and 2021, Lynda was the President of the Royal Geographical Society. Lynda previously served on the boards of multinationals Unilever and Lafarge, and sat on the board of trustees of the Investment Climate Facility for Africa, as well as the Africa Advisory Board of Renaissance Capital. Lynda was also an advisor to the World Bank, and a leading member of investment bodies in Nigeria, Uganda, Kenya, and Tanzania. In 2014, Lynda was awarded honorary Mozambican citizenship by President Armando Guebuza for services to the country. 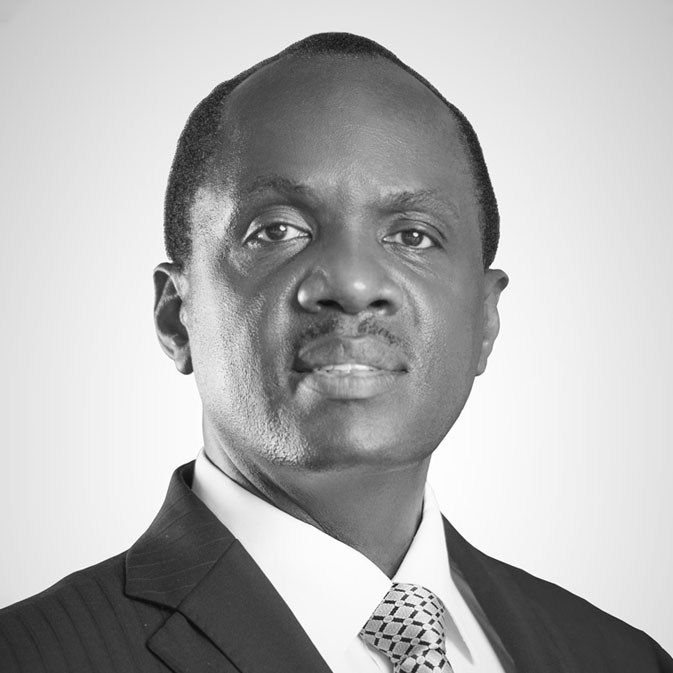 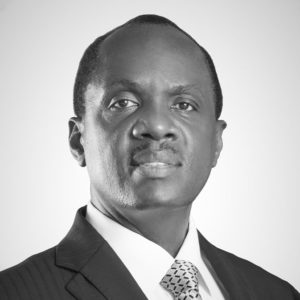 Patrick is a Ugandan entrepreneur and business thought leader. He is the Chairman of the Simba Group of Companies which he founded in 1998 with the flagship Simba Telecom. Simba Group is now a conglomerate of East African companies spanning telecommunications, hospitality, real estate, education, energy, agriculture, oil and gas, and healthcare products. Patrick is the Honorary Consul of the Australian Consulate in Uganda and is the newly appointed Chancellor of the Uganda Technology and Management University.

Patrick Bitature also serves as the Chairman of Umeme Uganda Ltd, the country’s main energy distributor. He is the Chairman of the Uganda Tourism Board Steering Committee, as well as a member of the Mulago National Referral Hospital Board. He also previously served as Chairman of the Board of Directors for the Uganda Investment Authority, Private Sector Foundation, Uganda Reinsurance, Ndege Premier Aviation Company, Traidlinks Limited, and the Presidential Investment Round Table.

Patrick currently serves as the Director of CURE Children’s Home Uganda and is a member of both the PSFU Advisory Council Board and Malaria-free Uganda. He is a Patron of the Alliance of Mayors & Municipal Leaders on HIV/AIDS in Africa, the Australian Alumni Association Uganda, and the newly established Ibanda Community Organisation Network.

Patrick is the Founder of the Patrick & Carol Bitature Foundation, a charity-based organisation with a focus on education and lifesaving health care initiatives.

Patrick studied at the London School of Accountancy and is a fellow of the Institute of Chartered Secretaries and Administrators in the UK. 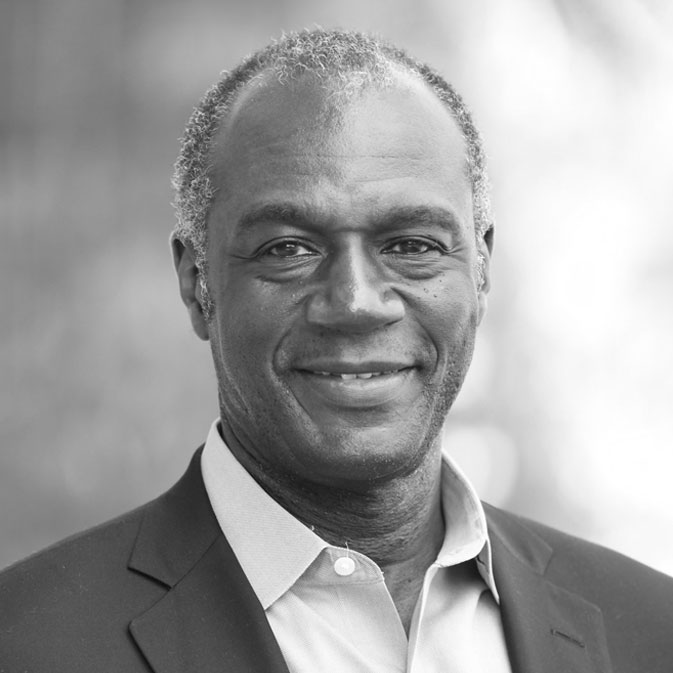 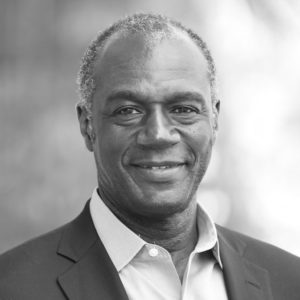 Kofi has over 30 years of domestic and international experience as a corporate lawyer, investment banker, and board director.

He previously served as senior counsel at Dentons and is a senior advisor to The Rock Creek Group, a global investment and advisory firm.

Kofi is also Chairman for Africa at Delphos International, a financial advisory firm focused on development finance in frontier markets. He is also the current president and CEO of the Africa-America Institute.

Born in Ghana, Kofi lived in the UK where he completed his primary and secondary education and before moving to the United States to study at Wesleyan University. 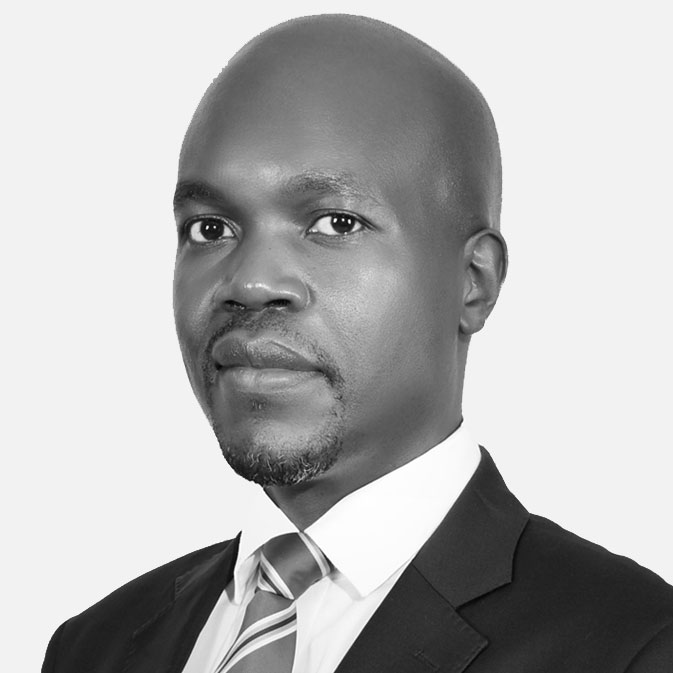 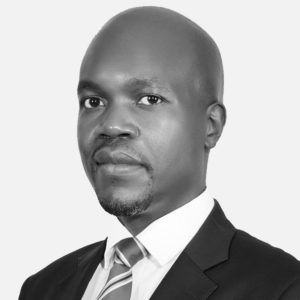 Denis is the Managing Partner at Cristal Advocates, a Uganda-based law firm, where he also leads the energy and tax practice. He is qualified both as a lawyer and chartered accountant and is a UK trained energy, tax, and investment professional with vast experience serving various industries.

Prior to joining Cristal Advocates, Denis spent nearly 10 years working for Deloitte, where he started his career and rose to senior managerial positions. At Deloitte, he lived and worked in Uganda, Kenya, Tanzania, and the UK. Latterly, Denis held the position of Chief of Staff for the company’s Energy and Resources Industry practice, seeing him play a leading advisory role on several projects in Uganda, Kenya, Tanzania, Mozambique, Rwanda, South Sudan, Somalia, and Ethiopia.

Denis is widely published and a speaks at various conferences on general taxation, M&A, and the protection of large capital projects within the framework of international investment law. He is regularly interviewed by Ugandan media outlets on issues relating to the country’s energy sector, most notably, its oil and gas industry. 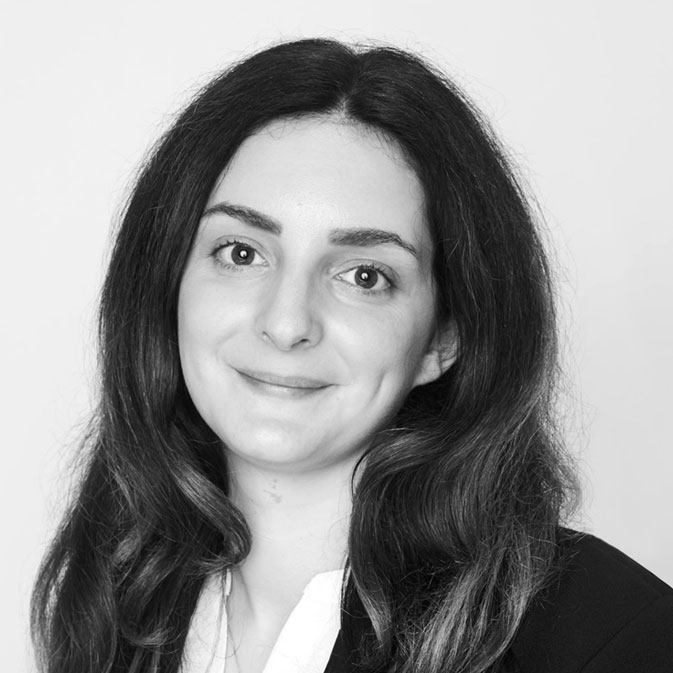 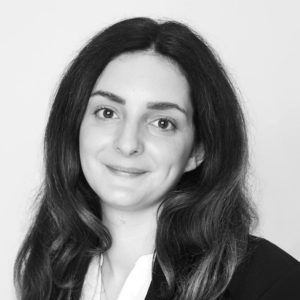 Elisa is a Research Consultant at AML, with focus on East Africa. She has a strong understanding of political and business dynamics in the region and specialises in advising the infrastructure and logistics sectors.

Currently, Elisa is a Fellow in the Department of International Relations at the London School of Economics and Political Science, where she conducts research on China-Africa economic engagement and teaches on China’s international politics. 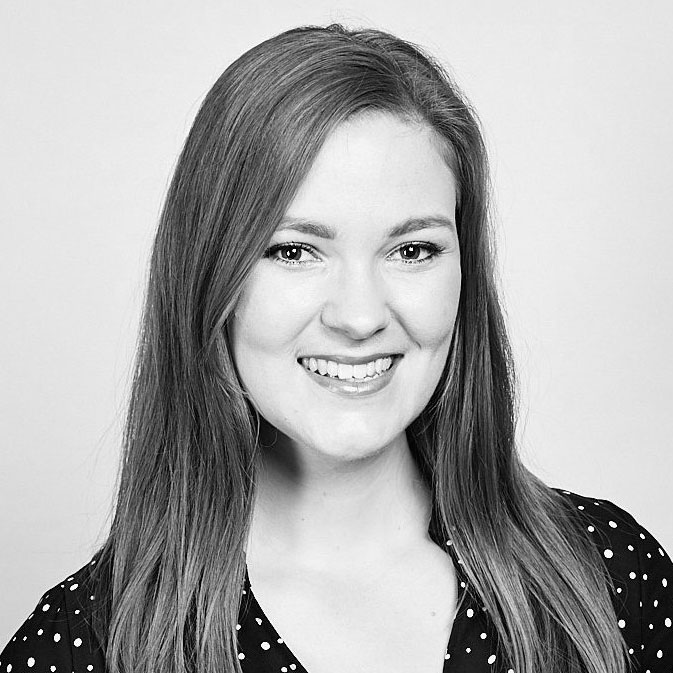 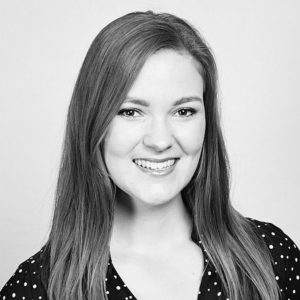 Helen is the Events Manager and PA to the Board. She is responsible for organising AML’s events, while also leading on our event collaboration with external parties such as trade and industry bodies.

Helen also works closely with African governments – notably heads of state’s offices and diplomatic representatives – to support their engagement with international investors in the UK.

Before joining AML, Helen worked as a PA in a large recruitment company where she managed the work schedules of multiple directors. Helen holds a BSc in Geography from Portsmouth University, where her geographic focus centred on South Africa and Mozambique. 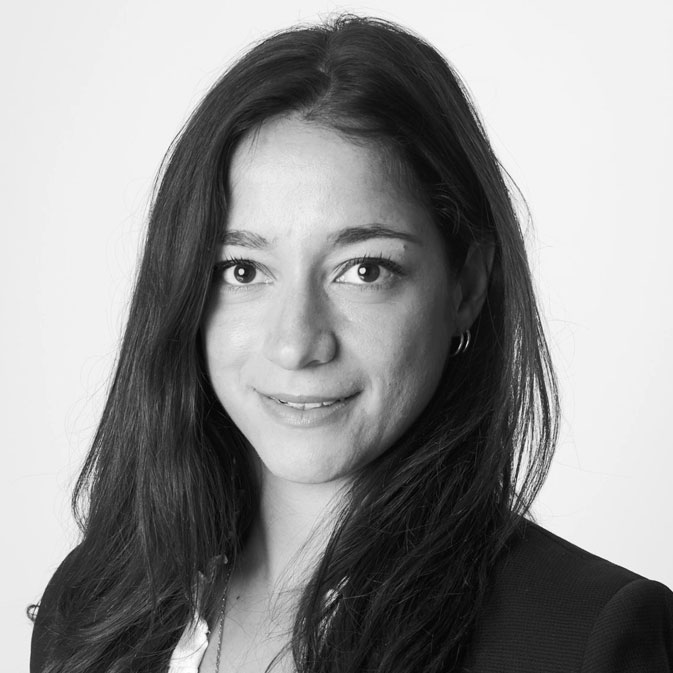 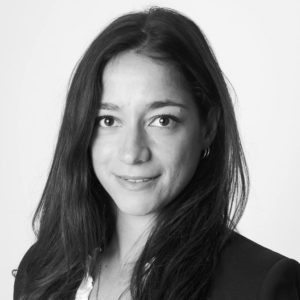 Indigo is an Associate Director at AML, leading the company’s work on Central and Southern Africa. Born in South Africa, Indigo is now based in London.

She specialises in advising the mining, transport and logistics, and energy sectors.

Indigo enjoys providing solutions that are results driven and create value for her clients, host communities, and governments.

Prior to joining AML, Indigo led the Africa research team at global risk analytics company Verisk Maplecroft, focused on ESG and political risk. She started her career as an advisor on international development policy at the European Commission.

Indigo holds an MSc from the London School of Economics and Political Science in Theory and History of International Relations, and a BA in French and History from King’s College London and École Normale Supérieure in Paris. Indigo speaks fluent French and intermediate Spanish. 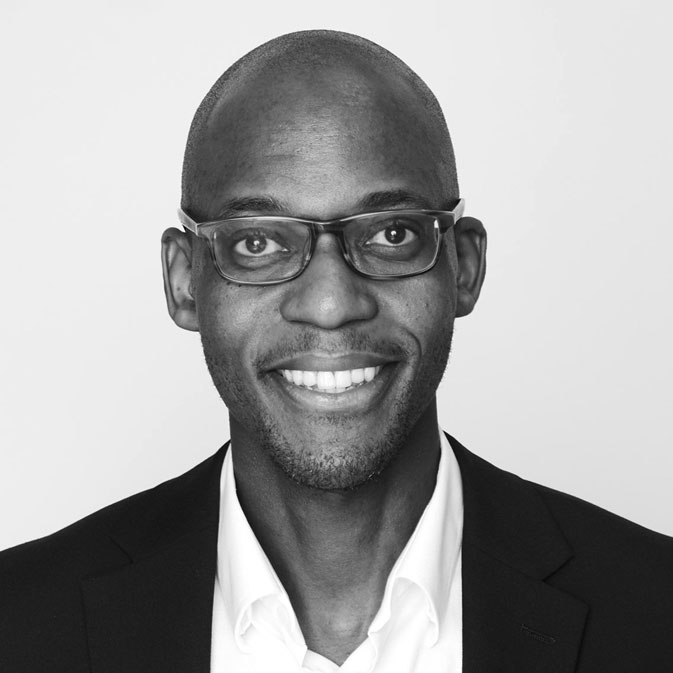 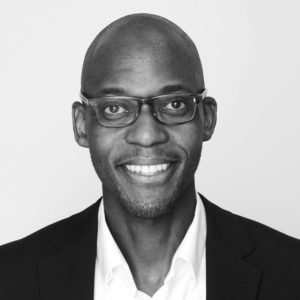 Joel is a Research Consultant at AML. He advises on sector-specific developments across ESG, policy, and commercial risk in our clients' core markets, throughout East and Southern Africa.

Joel specialises in energy for development, climate resilience and adaptation, and impact investment in infrastructure – off-grid energy in particular.

Joel brings his considerable experience as a researcher in developing and emerging economies and his perspective as an impact fund advisor in the energy access space.

He has worked with and for various government ministries and national investment agencies, a renowned impact investor, and an energy trading start-up.

He holds BA and MSc degrees from the University of Cambridge and the London School of Economics, respectively, and is currently working towards a PhD in Development Economics at the School of Oriental and African Studies. Joel speaks conversational French. 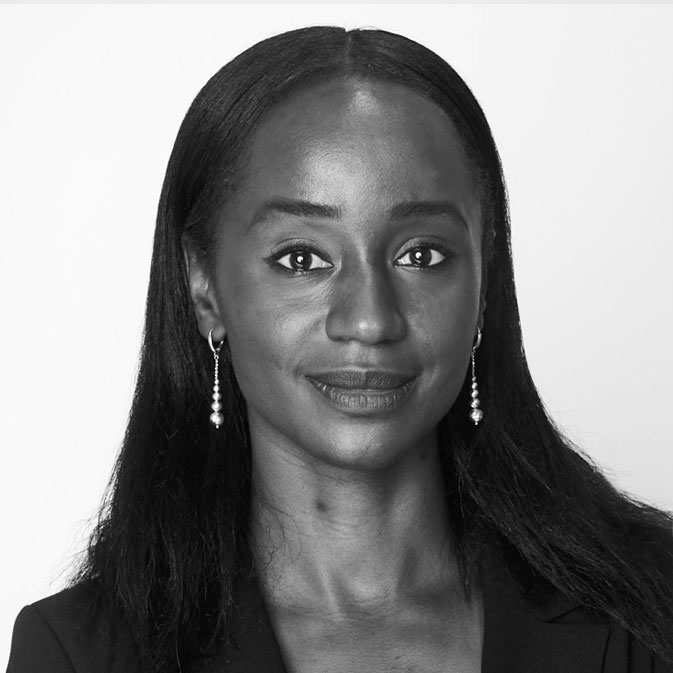 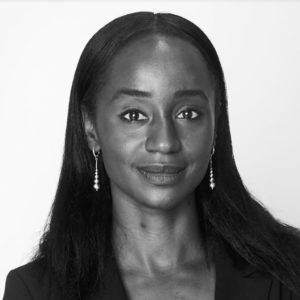 Olivia is a Research Consultant at AML and focuses on Central and East Africa. She has a good understanding of political and economic developments in both regions with expertise in sustainable development, emerging markets, and Chinese investments.

Olivia is currently a PhD candidate at the University of Edinburgh where she conducts research on Chinese medical cooperation in Africa. She is also active in academic, cultural, and European Union networks to improve racial justice and diversity themes in Europe.

Prior to joining AML, Olivia started her professional career in development at the Dutch Ministry of Foreign Affairs and international NGOs. She holds a BSc and MSc in Political Sciences from the University of Amsterdam and an MSc in Cultural Anthropology and Development Studies from the Catholic University of Leuven. Olivia speaks fluent Dutch, English, and French, as well as basic Mandarin, Lingala and Italian. 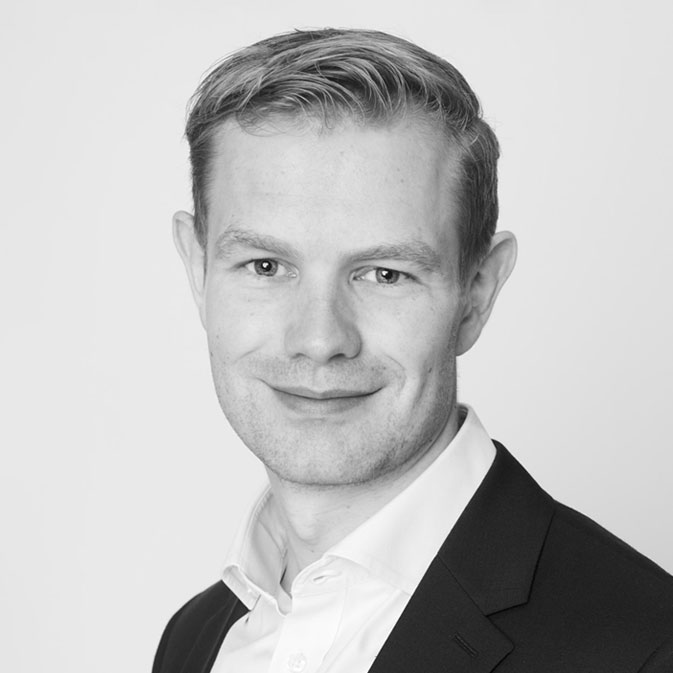 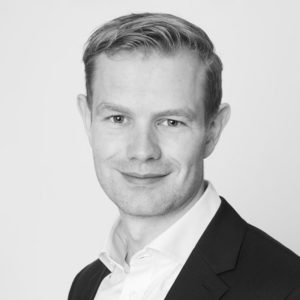 Piers is an Associate Director at AML and leads the company’s work on East Africa. Based between Kampala and London, he has a strong understanding of the political, economic, and commercial dynamics within the region, and has utilised this expertise to manage and deliver numerous client projects.

In addition to Piers’ role at AML, he is a Fellow at Innovest Advisory – an impact investing consultancy – where he supports funds and impact enterprises to develop impact strategies and raise capital. Piers began his career in banking, latterly working in Lloyds Banking Group’s Capital Markets business.

He holds an MPhil in African Studies from the University of Cambridge, a BA in History from King’s College London, and both the CFA Society of the UK’s IMC and Diploma in ESG Investing. 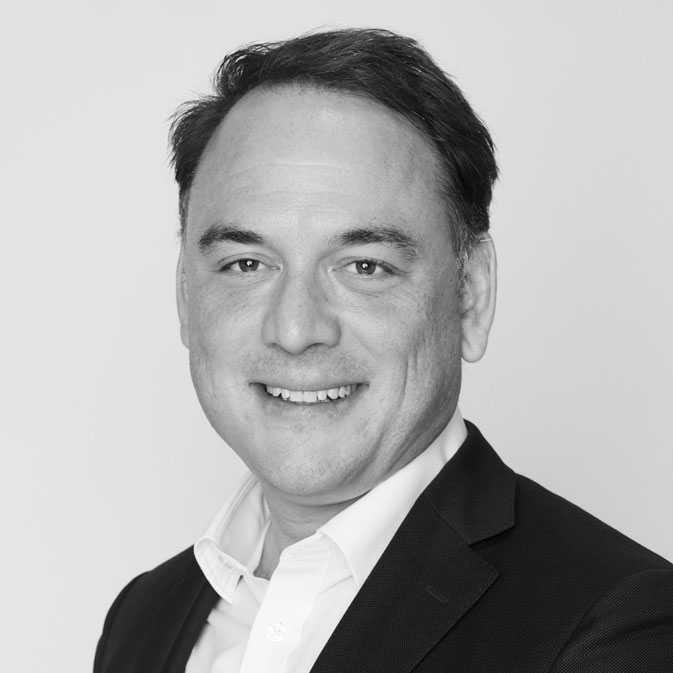 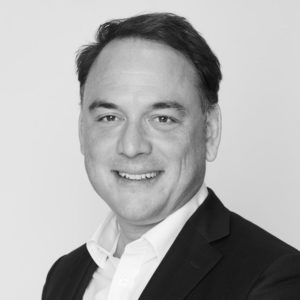 Ross is the Executive Chairman of AML, having joined the company in 2011. His focus centres on managing and building our high-level relationships across Africa, and he counts many of the continent’s business and political elites as close personal connections.

Ross also has strong networks with senior Africa-focused stakeholders in the UK, spanning both the private and public sectors.

Ross brings these relationships to bear on behalf of AML’s clients, providing them with tailored insights and access to senior decision-makers.

With strong experience in the FMCG sector, latterly he worked in business development at PepsiCo, leading the launch of several new products in the UK. Ross began his career at UBS, working in the organisation’s investment banking division. 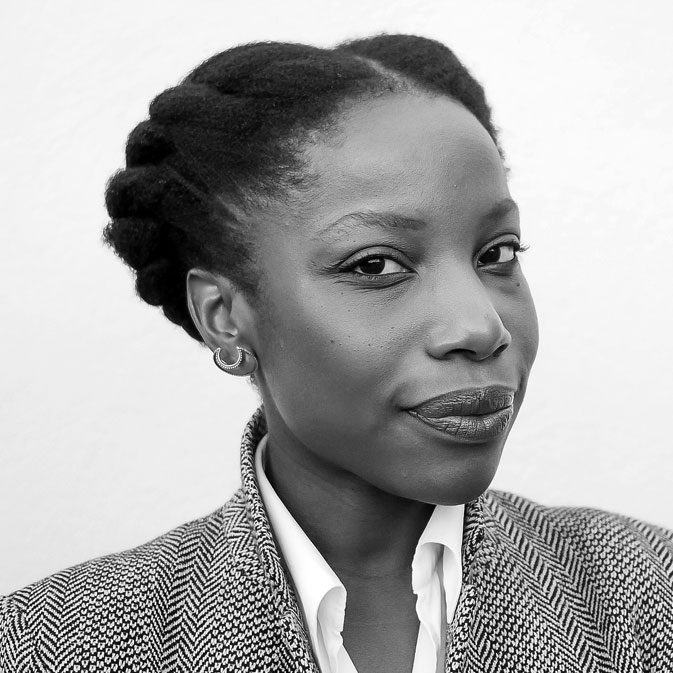 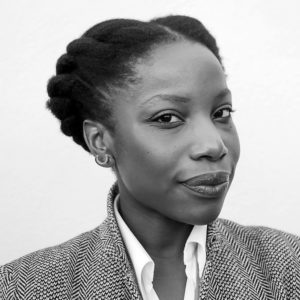 Stacy brings over 14 years experience working with governments, multilateral agencies and the private sector across Africa, Latin America and the Caribbean, where she has advised and developed strategies on strengthening institutional governance, climate and disaster risk, local content, gender and the extractive sector’s transition towards “green-growth.”

She is currently consulting and advising various UN agencies and sits on the Actions for the Development of Africa advisory board, where she focuses on strengthening gender inclusivity within artisanal and small-scale mining, aligning programme strategy with the UN SDGs, and developing ESG frameworks within corporate strategies. Stacy holds a PhD in Social Anthropology from the University of St Andrews. Stacy speaks intermediate French, Italian, and Spanish. 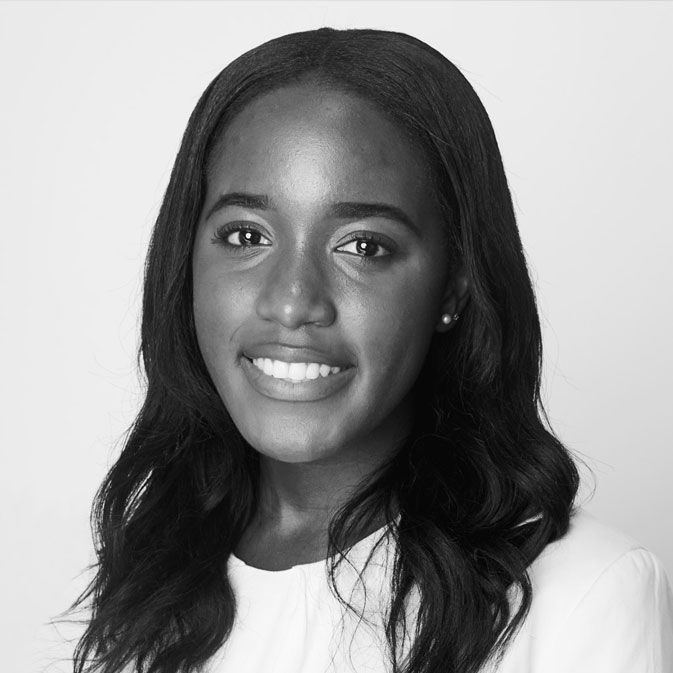 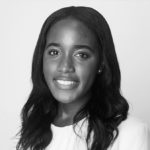 Tiffany is an Associate at AML. She has a strong understanding of African political economy issues with specialism in the areas of monetary and fiscal policy.

Tiffany supports the team's work across the continent with particular focus on West Africa.

Prior to joining AML, Tiffany conducted ESG due diligence research on green, social, and sustainability bonds at Affirmative Investment Management.

She has experience as an intern in the United States government and related entities, including the US House of Representatives.